A trope, essentially, is an idea or concept – whether that’s a joke, a situation or a plot twist – that’s recognisable as something that’s been used elsewhere.
The reason I’ve started doing this series is that, although tropes are often interpreted as clichés, it’s possible to breathe new life into familiar ideas, whether by using them in a fresh way or subverting them.

END_OF_DOCUMENT_TOKEN_TO_BE_REPLACED

Tropes are, in a basic sense, the building blocks of stories. These can be character archetypes (Rogue Cop, Magical Negro); plot devices (The Catch-22 Dilemma, Ticking Bomb); types of joke (Inside Joke, Call-Back). More or less anything that goes into a story.

END_OF_DOCUMENT_TOKEN_TO_BE_REPLACED

December 25, 2012January 18, 2013 David Stringer
This Christmas Day, British screens have been filled with scenes of people suffering.
TV Tropes calls this ‘Soapland Christmas’, which is a pretty generic term that perfectly describes how generic the attempts to outdo each other’s misery have become.
The trend famously began with Den and Angie Watts on Christmas Day 1986.
I’ve never been a big Eastenders fan, and I wasn’t old enough to properly follow the show at the time. But my understanding of how the story progressed is that the pair, who had an aggressive and wild on-off relationship which drove a lot of the drama on the show at the time, were on the verge of reconciliation. But Den, having discovered that his wife’s cancer was a lie to keep them together, suddenly and surprisingly hands over divorce papers to his wife.
That’s how drama should work – keeping the audience on tenterhooks, unsure of what will happen, before revealing a twist that’s both shocking, emotionally powerful, and true to the characters.
END_OF_DOCUMENT_TOKEN_TO_BE_REPLACED 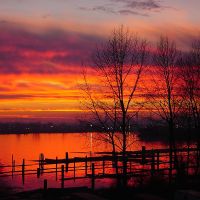