.
Yesterday, during the weekly Prime Ministers’ Question Time, Theresa May accused Jeremy Corbyn of ‘mansplaining’ to her about International Womens’ Day.
I think it’s a good way to illustrate a bugbear of mine – the loose interpretation of the word ‘mansplaining’.

There isn’t, as far as I can see, anything in Jeremy Corbyn’s question that’s patronising, or that implied that May didn’t know that it was #IWD2018. Corbyn merely mentioned the fact in order to highlight a moral flaw in Britain’s relationship with Saudi Arabia. Mansplaining, in its clearest form, is a confident but unqualified man asserting his opinions to a more qualified woman.

This exchange, involving Dr Katherine J Mack in August 2016, is a pretty clear-cut example of it. 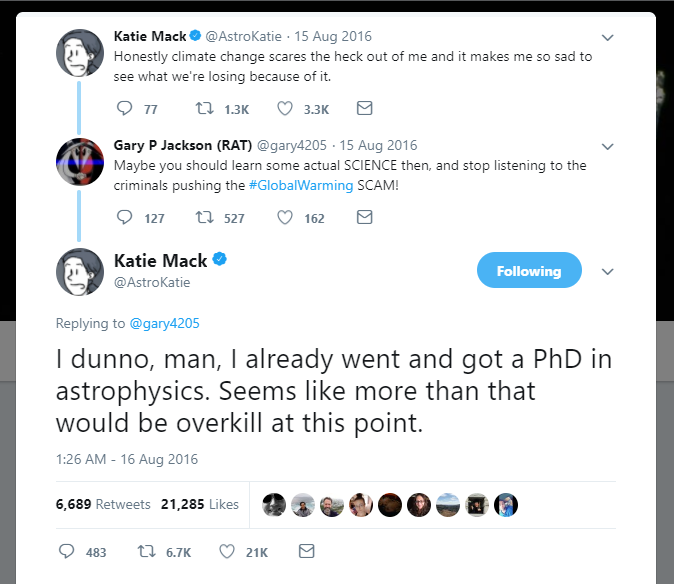 Over time, the waters have gotten muddied, as to what is and isn’t mansplaining. For example, this list of mansplaining examples contains a mother’s frustration at a male doctor’s mistake. There’s room for debate over who was the expert in that situation. 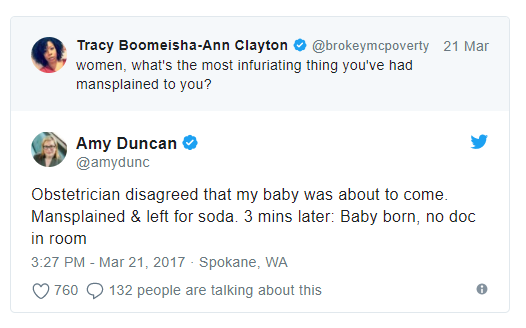 Just so I’m not being overly critical of that one Cosmo article, this exchange is another clearcut explaining of mansplaining – a male student correcting his female tutor.

.@brokeymcpoverty had a journalism student take over my lecture to explain to the class why the math I was doing was wrong. He was wrong.

Obviously it’d be foolish to say that Dr Mack and Ms Huseman are beyond criticism. But in both cases their critics’ speech appear to be examples of ultracrepadarianism, thinking that they know better than the experts. Of course ultracrepadarianism is a broader problem. But the original idea behind the spread of the word ‘mansplaining’ was that female experts have to deal with a particularly high level of ultracrepadarianism.

Words change their meaning over time. Different people use the same word in different ways, even within the same language, which can lead to misunderstanding. The most obvious example is ‘gay’. A century ago it would be taken as meaning happy, joyful. During the 20th century it became so associated with homosexuality that it appears on formal paperwork. Teenagers have been using it as a generic insult for at least twenty years.

Despite this, words don’t massively change their meaning – its use has to be within the bounds of what’s commonly understood by the term. A journalist for the Independent was among those to argue that May used ‘mansplaining’ incorrectly.

Theresa May calling out Corbyn for mansplaining is a perfect example of when 'feminism' is used by women to distract from their own participation in oppression ie. Theresa May meeting with MbS today, a man who supports the 'guardianship system".

It’s a real (and bizarre) social problem that some men kid themselves into thinking they know more about a woman’s area of expertise than she does. But conversely, sometimes the man is the expert in a given situation. This should be obvious.

See also: When conservative commentators got angry at .@CoryBooker for "mansplaining" basic demographic stats to Kristjen Nielsen that she, the Secretary of Homeland Security, should have already known.

If language is used as loosely as Theresa May seems to want to, then any man saying anything that any woman doesn’t want to here can fall under the heading. A definition so loose renders it worthless.