What are the best novels written about football? If you’ve got a contender in mind, odds are that it’s either a little-known book from a little-known author, a novel which doesn’t centre on football but only features it, or The Damned United.

Understandably a fair amount of what’s out there is football fiction books for boys – which makes sense given that it can be an all-consuming interest at that age. I read and enjoyed a few of Michael Hardcastle’s novels when I was growing up, lightweight novels centring around junior boys’ teams that I remember enjoying reading, but which left no lasting impact on me.
There also seems to be a market for football hooligan books, but realistically that’s centring around a subculture tangentially related to football rather than the game itself.

The football fiction that break into wider awareness tends to receive more ridicule than praise. For example the football manager Steve Bruce self-published a series of novel starring a football manager (Steve Barnes) who keeps getting dragged into murder investigations. The ridicule they’ve received is is a little unfair. Not because the books are good, which doesn’t seem to be the case, but because they seem to have been written for the fun of writing them, completing a trilogy during 1999.
Bruce isn’t alone as a footballer dipping his toe into the world of fiction. Theo Walcott, Jimmy Greaves and Terry Venables have also written novels about football – the latter being the fantastically titled They Used to Play on Grass.

END_OF_DOCUMENT_TOKEN_TO_BE_REPLACED 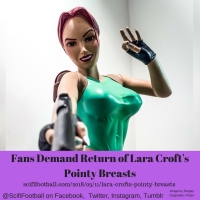