This blogpost is focused on looking at how Lethe, the sixth episode of Star Trek: Discovery fits into the events and themes of the previously established universe. I’ve written similar blogposts looking at each previous episode (you can read the first here, and a full list under the Star Trek Discovery tag).

The TNG episode Parallels has Worf travelling through parallel universes .On his way back to the Enterprise from a holiday, Worf’s shuttle passes through a “quantum fissure“, which causes a “quantum flux” in Worf’s cellular RNA. As a result throughout the episode when Worf is close to Geordi La Forge, a “quantum field pulse” that Geordi’s visor sends out, interacting with Worf’s altered state, pushes him into the body of himself in a slightly different parallel universe. During this process Data confirms Worf’s account by noting that his ‘quantum signature’ is different to the rest of the crew – a line repeated in Despite Yourself.

These shifts are very subtle at first. The first Worf notices being that Picard shows up unexpectedly at a party. These differences become more divergent from the main timeline, until Worf ends up in a timeline where Captain Riker commands the Enterprise, Worf is his first officer, and Wesley Crusher is a member of the senior crew.

The coincidences of the Mirror Universe often seem incredibly unlikely – same people, children of the same parents, serving on the same ship…even though the fundamental philosophy of their society is different. But using Worf’s example justifies this. In a multiverse of infinite possibilities, he travels first to those universes most like his own, getting further and further away, but never too different. (He is always serving on the Enterprise, never anywhere else.)

Perhaps the Mirror Universe has a few big differences in it’s ‘quantum signature’ but is otherwise similar to our own, which makes it easier to access than some others. If you think of it in terms of magic rather than hard science, it works. I doubt that any of this has anything to do with the real theoretical science behind parallel universes, by Hugh Everett and others. It’s probably best to think of this level of ‘science’ in the same manner as magic – what matters is that it serves the story and is internally consistent.

(Incidentally, Burnham refers to the ‘mirror Discovery’ which I think is the first textual mention of the term ‘mirror’ in relation to the mirror universe.) There’s certainly no mention of the term in Mirror, Mirror – the TOS episode which introduced this timeline.

Fan Service or Deepening the Universe?

In the Mirror Universe we learn that Starbase 46 doesn’t exist, but a nearby world is identified as Organia. This is a world that in a TOS episode (Errand of Mercy) is in a key tactical location between Federation and Klingon space. This episode would seem to imply that Starbase 46 will no longer exist by the 2260s, ten years after DIS. Perhaps it will be destroyed during the Federation-Klingon War?

Earlier in the series we saw a Gorn skeleton in Lorca’s menagerie, and a Tribble on his desk. Personally I’m not keen on the type of ‘fan service’ that’s merely mentioning things for their own sake, but I like it when they deepen the fictional universe or open up plot possibilities.

For example, Lorca’s Tribble could expose a Klingon spy – they seem to have some sort of allergy to Klingons. The presence of Organia could be relevant if the advanced aliens living there step into the conflict (in either universe) as in Errand of Mercy. It remains to be seen which will be the case.

The Fall of the Terran Empire

The ENT episodes set in the Mirror Universe feature rebels – including the Vulcan T’Pol – working against the Terran Empire in the 2150s. By the 2360s the Terran Empire have been overthrown by a Klingon-Cardassian Alliance, of which Bajor are a junior member.

One of the interesting things presented in Despite Yourself is how the Terran Empire’s ideas of tyranny and strength overlap with those of the Klingons in the prime universe. Burnham’s line that “their strength is painted rust” could apply to a Klingon like Kol, taking credit for the achievements of others in order to advance his own career.

We haven’t seen much of the Klingons in the Mirror Universe – other than Worf I think it’s been limited to a few nameless guards on their version of Deep Space Nine. But I’d like to see these Klingons as more idealistic, sticking close to their code of honour in the way people like Worf and Martok do in the prime timeline. It’s been a long-term theme in Star Trek that the enemy are not monsters, merely people with different, sometimes destructive cultures. Reversing the nature of the conflict with the Klingons could be a very good use of the Mirror Universe conceit.

It’s interesting that captains appear to be younger in the Terran Empire. Tilly is a cadet in the prime timeline, but a captain in the Mirror Universe. Similarly, Cooper was a junior officer in the main timeline, but commanded the Shenzhou in the Mirror Universe. We’ve previously seen three Mirror Universe episodes in the Terran Empire era. On Kirk’s ISS Enterprise Chekov, Sulu and Spock all plot against their crewmates, while the capture of a powerful ship inspires even more infighting among Archer’s crew. This level of infighting will logically result in a higher turnover of talent, and officers taking command, perhaps before they’re experienced enough to command well.

Burnham comments that “their strength is painted rust. It’s a facade.” An example of this is Cooper attempting to assassinate Burnham for no reason other than to prove his own strength – he’s not concerned by commanding well, but by being seen as commanding well. If this type of philosophy is as widespread as on Cooper’s Shenzhou and Archer’s Defiant, then Burnham’s ‘painted rust’ statement rings very true.

Given that the Mirror Universe ‘storyline’ has been told across four different Star Trek franchises, jumping backward and forward in time, the history of that universe is a bit convoluted to explain. In Mirror, Mirror, Kirk and an away team swap places with their duplicates on the ISS Enterprise in the 2260s. At the end of this episode prime-Kirk persuades mirror-Spock to begin to reform the Terran Empire.

DS9’s Crossover has prime-Kira and prime-Bashir discover that by 2369 the Terran Empire has fallen, overthrown by the Klingon-Cardassian Alliance, of which Bajor is a minor member.

ENT‘s Mirror Darkly has an anti-Terran Empire rebellion, with some Vulcans and Andorians among the races working against the Empire. Despite Yourself reveals that the rebellion of the 2250s still includes groups of Vulcans. We don’t know what the Klingons and Cardassians were doing prior to forming the alliance that will take down the Terran Empire. But given the centrality of the Klingon War to this series of Discovery, it’s likely to become a factor going forward.

I’ve not written about the developments in Ash Tyler’s identity, or the death in this episode due to being a bit rushed for time. But the impact will definitely live on, and I’ll return to it in later episodes. 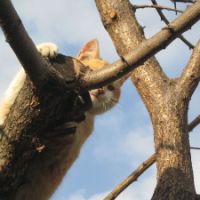